The night before Andrew’s half marathon in Fargo, we stayed across the Red River in Moorhead, Minnesota, as prices were slightly less. I was a little nervous to stay in a Microtel, as the one other memory I have of staying at one was in Tennessee when I was 11 on our way down to Florida and I just recall lots and lots of big bugs making their way into our room! Ha! But that could just be because we were in the South! This Microtel, however, greatly impressed me as it looked to be quite new and close to a plethora of restaurants just across the interstate, (including a Noodles and Co., which is a staple before any race Andrew runs!)

Our room was on either the second or third floor and was very spacious! The bathroom was off to the left and while small/standard hotel size, it had lots of shelving space to store items. 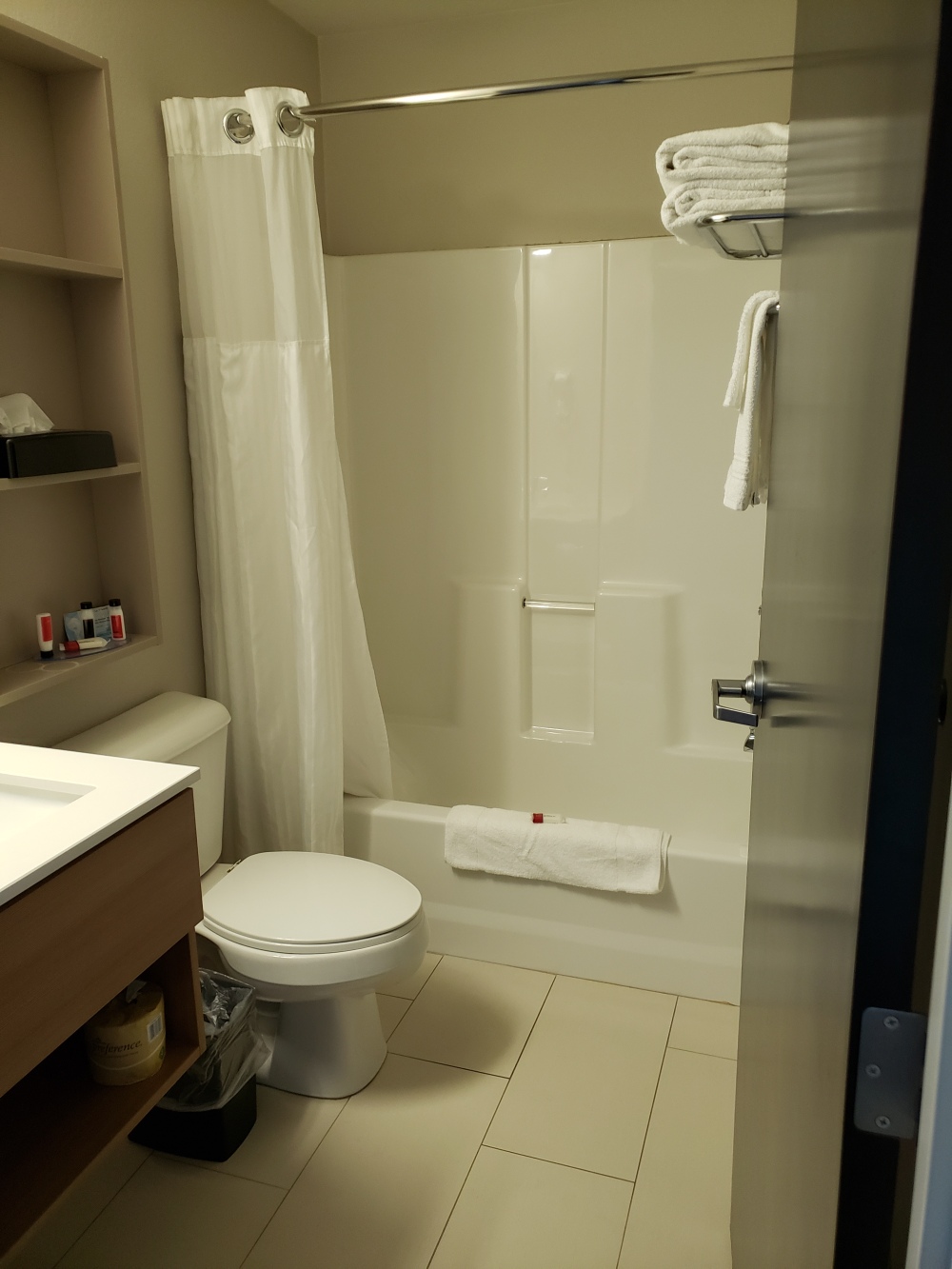 The room was divided into two sections, the main living area and the bedroom area with a small divider between. 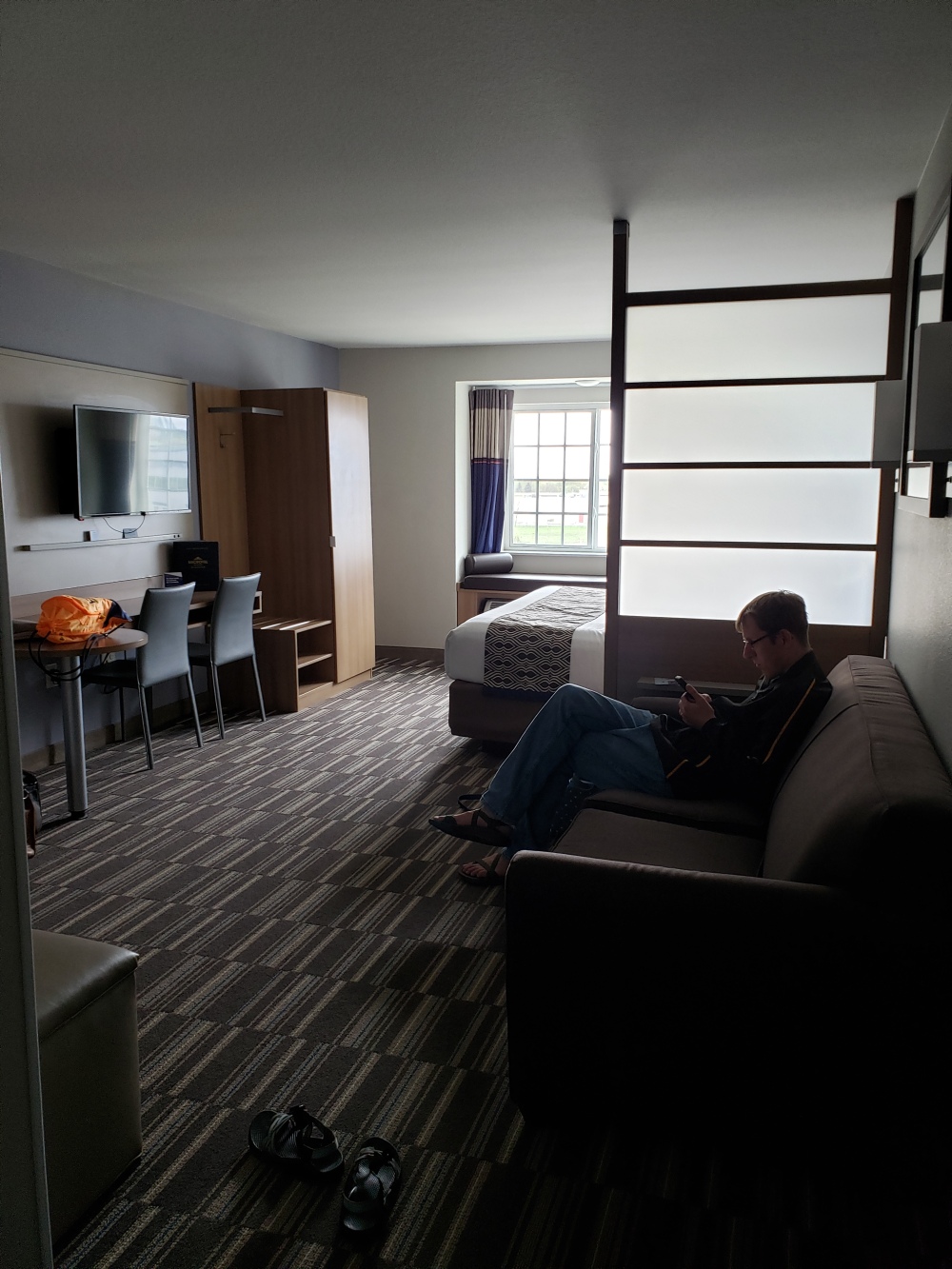 As you can see the TV could be viewed from either area and the desk area was somewhat shared between the two. 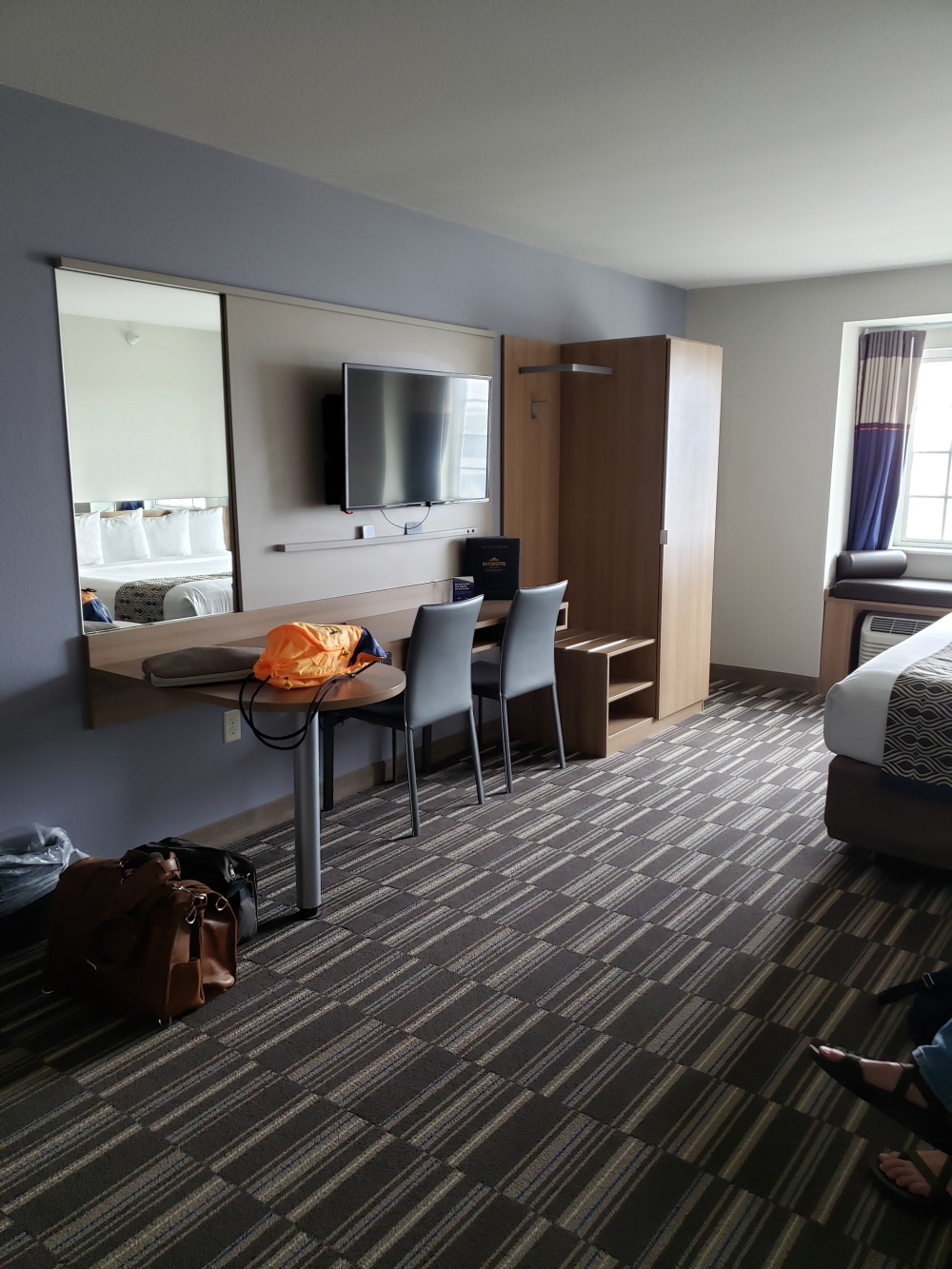 To the left in the living space area there also was a small kitchenette area that contained the bare basics of coffee maker, microwave, mini fridge and a small sink. 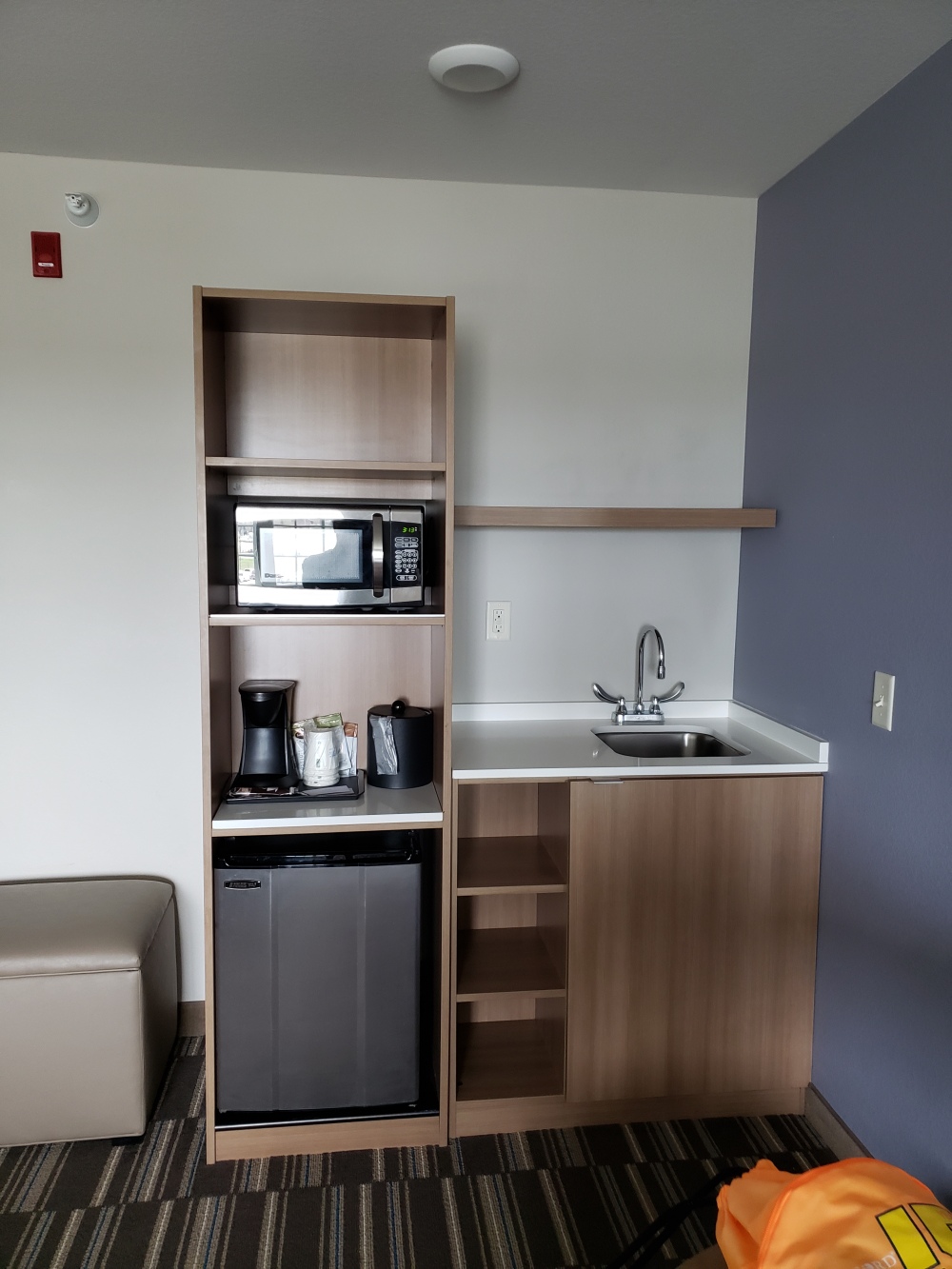 Our room contained a king bed, and we also greatly enjoyed the small window seat in our room. It gave it a nice homey touch. 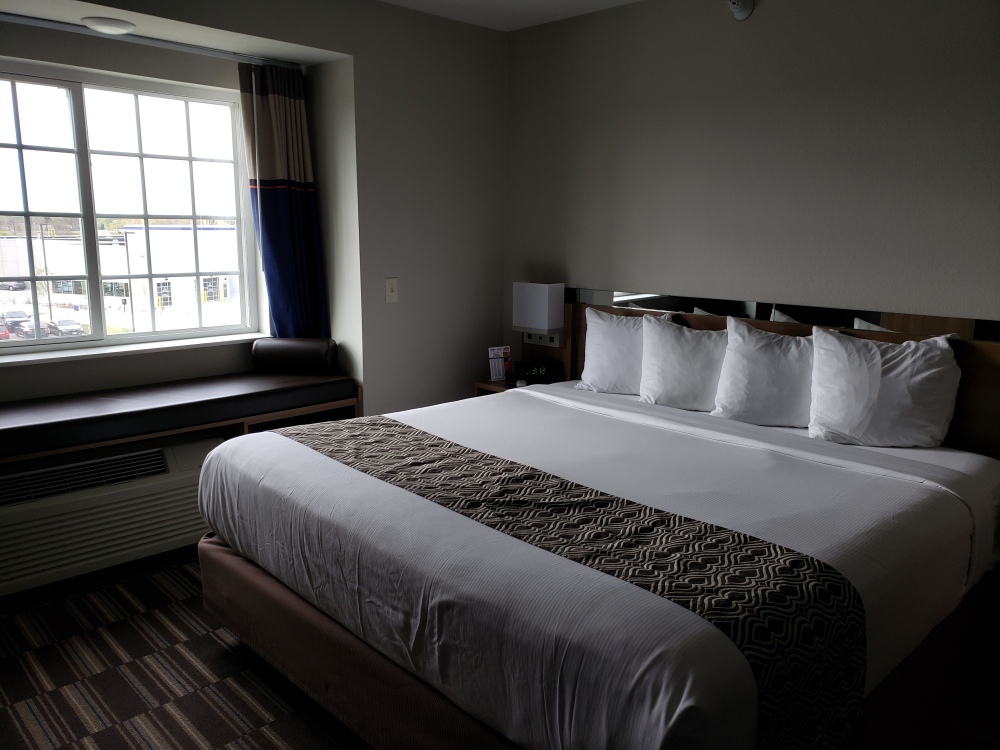 This hotel was definitely worth our money and also so courteous to those running the race. Breakfast hours started after we left, but they had a small bowl of fruit out with a sign wishing runners good luck, so we were well taken care of in that realm.

I would certainly stay here again for future races or trips to Fargo in general as it certainly beat the prices of hotels in Fargo. Do plan ahead if you stay here for marathon weekend though as streets were already being closed off as we followed Google Maps directions to reach the FargoDome. We would have been much better off sticking to the interstate to avoid those closures!

For more updates on our travels follow sitesandbitesjournal on Instagram (we’ve got a new trip coming soon!) and sign up for e-mail updates for this blog!