After one final blizzard hit our area on Andrew’s birthday, we had to delay his birthday meal by a few days. We had a gift card to Mavericks from Christmas and decided to use it to go all out on a steak dinner.

Mavericks is a causal steakhouse with a “western” type theme. They are obviously known for their steak, but they also are known for their Sunday Brunch which gets laid out in the main entry hallway. Mavericks is also attached to an event center that is hooked to two hotels, so I imagine it makes for a great meal for those using those facilities.

We both decided to opt in for the 10 oz Sirloin meal which came with a choice of soup or salad. We are not salad people so we both got soup. I decided to try the Cajun Beef and Andrew got the Cheeseburger.

The Cajun Beef was similar to Gumbo, but with beef. I really liked the beef chunks but could have done without all the veggies. I also sampled Andrew’s Cheeseburger Soup and actually preferred that.

Shortly after we finished out soups, our Sirloins arrived. We both got them with a side of Garlic Cheddar Mashed Potatoes.

Andrew also upgraded and ordered a side of ribs with his meal. 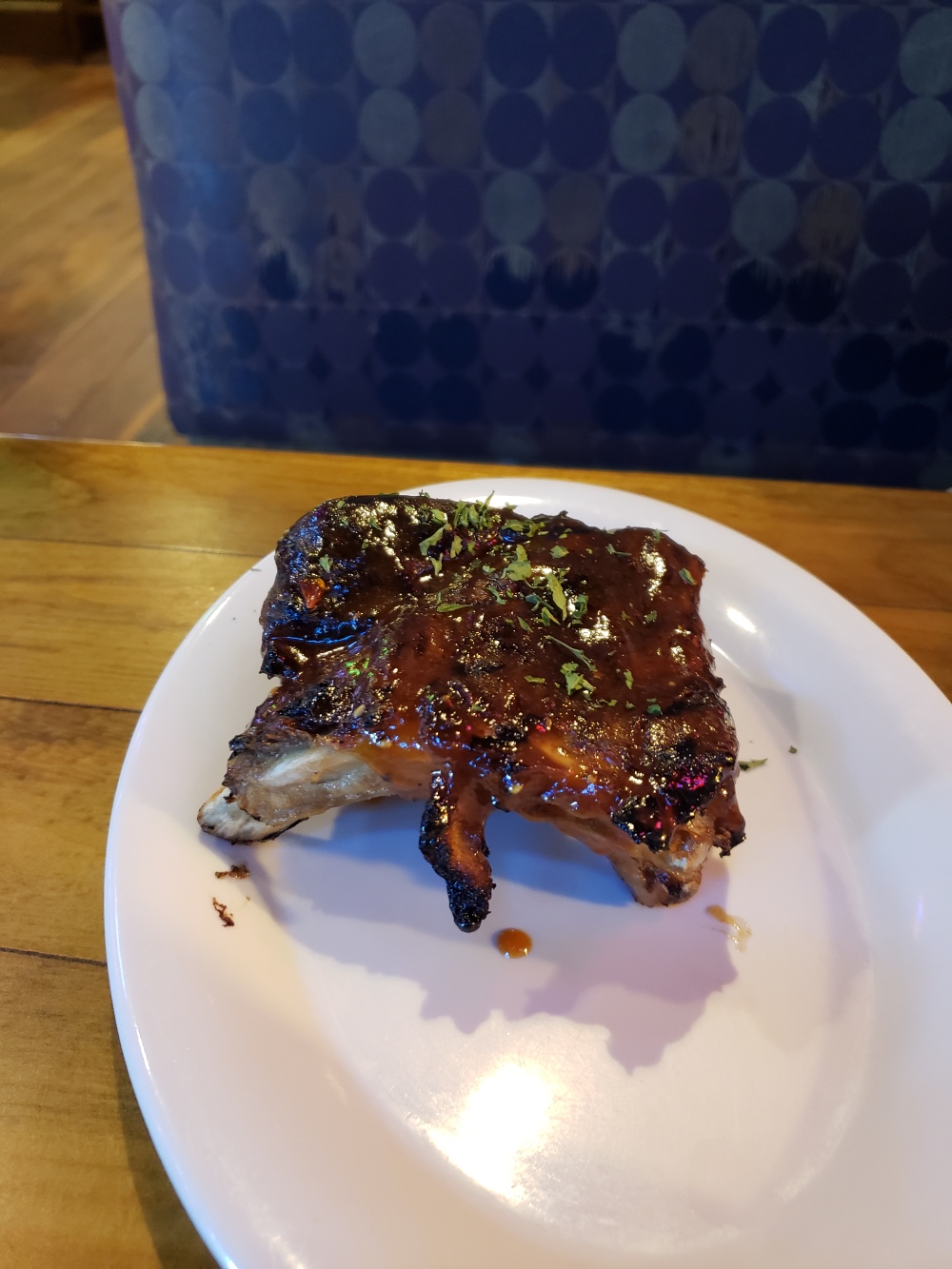 We both really enjoyed our steak and Andrew greatly enjoyed his ribs. I liked the flavor of the potatoes, but felt like there was too much potato peel mixed in. They also were a bit heavy on the garlic.

We both enjoyed our meal and would definitely return. They also had a lot of non-steak menu items that sounded intriguing. However, due to the price point, we’d have to make this a special occasions restaurant.