While down in Sioux Falls for a get together of new pastors and wives, we decided to head own a little early a grab some lunch ahead of our meetings. After doing a little research online, Phillips Avenue Diner seemed high on recommendation lists across the board, so we decided to give it a try.

The worst part about getting to Phillips Avenue Diner was finding a place to park. There are several restaurants along Phillips Avenue, and being it was right around noon, many of those places were being frequented. Phillips Avenue offers several angled, metered, parking spots, but most seems to be quite full. We then attempted to park in a garage downtown, but discovered that that particular garage only allowed permit parking during the day but was open in the evening. This seemed to be the case for several of the garages downtown. After circling around the block several more times, we finally were able to snag a metered street spot just across the street from Phillips Avenue Diner.

The Diner has a nice diner vibe to it, and we were quickly seated at a booth near the window. We both were given our menus and ample time to browse.

We started ourselves off with an order of cheese curds to share. As far as cheese curds go, they were okay, but had a little more breading than I normally would like on my cheese curds. 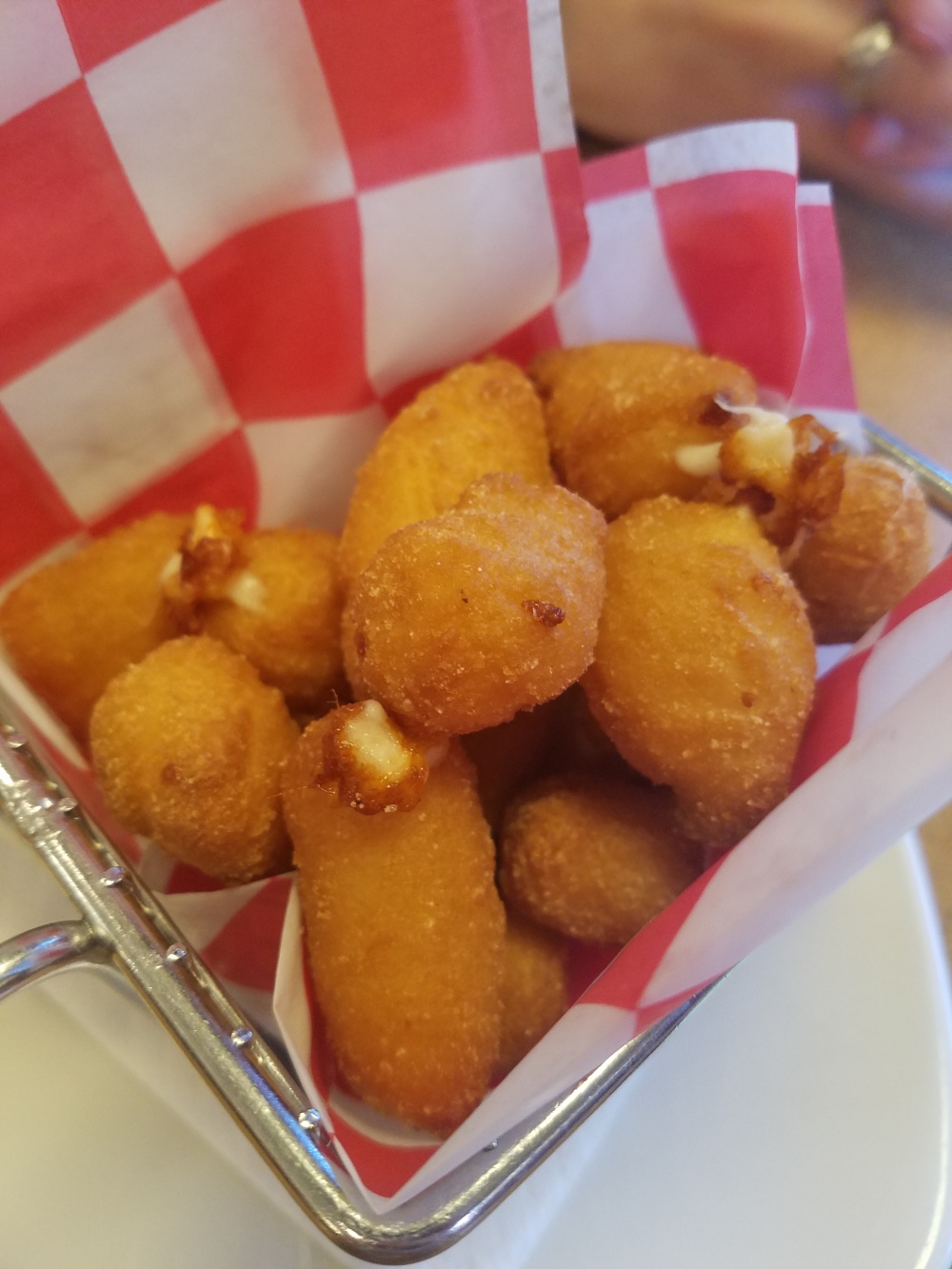 For our main courses, Andrew naturally chose Mac and Cheese topped with chicken (as is his custom if a place offers Mac and Cheese) and I decided to go with the Hot Roast Beef Sandwich. 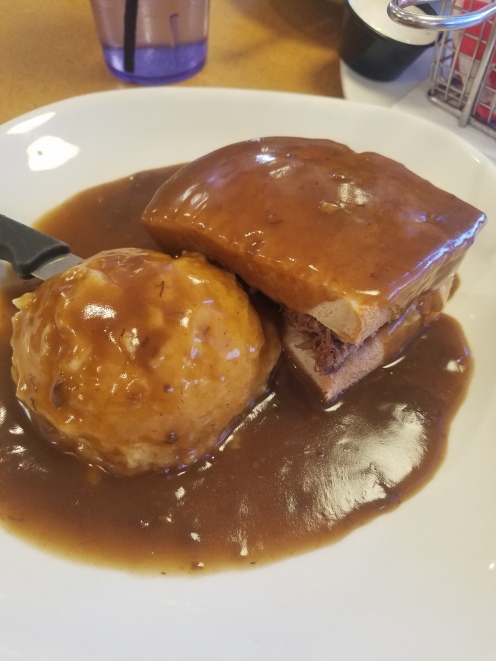 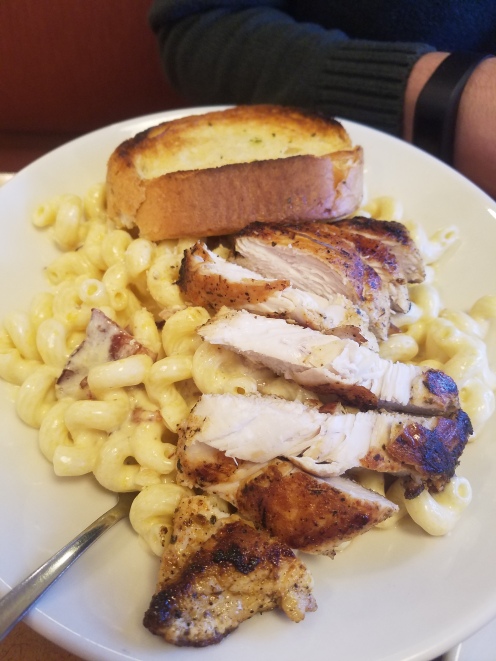 Andrew enjoyed his Mac and Cheese. My sandwich had really good flavor, but as you can see needed to be eaten with a fork and knife as the gravy was everywhere. The potatoes were a little bland, which was disappointing as I was really looking forward to them.

We both agreed that the food was good and service was a well, but that the diner didn’t quite live up to all the hype people gave it on lists and reviews online. However it did seem popular with the locals, so to each his own!