At the beginning of March we had some beautiful weather and decided to find a new place to get a decent walk in for the day. I stumbled upon two trails that joined together to form a nice loop near the Missouri River. This trail and park are located in an industrial park area just off the Earth City Expressway. 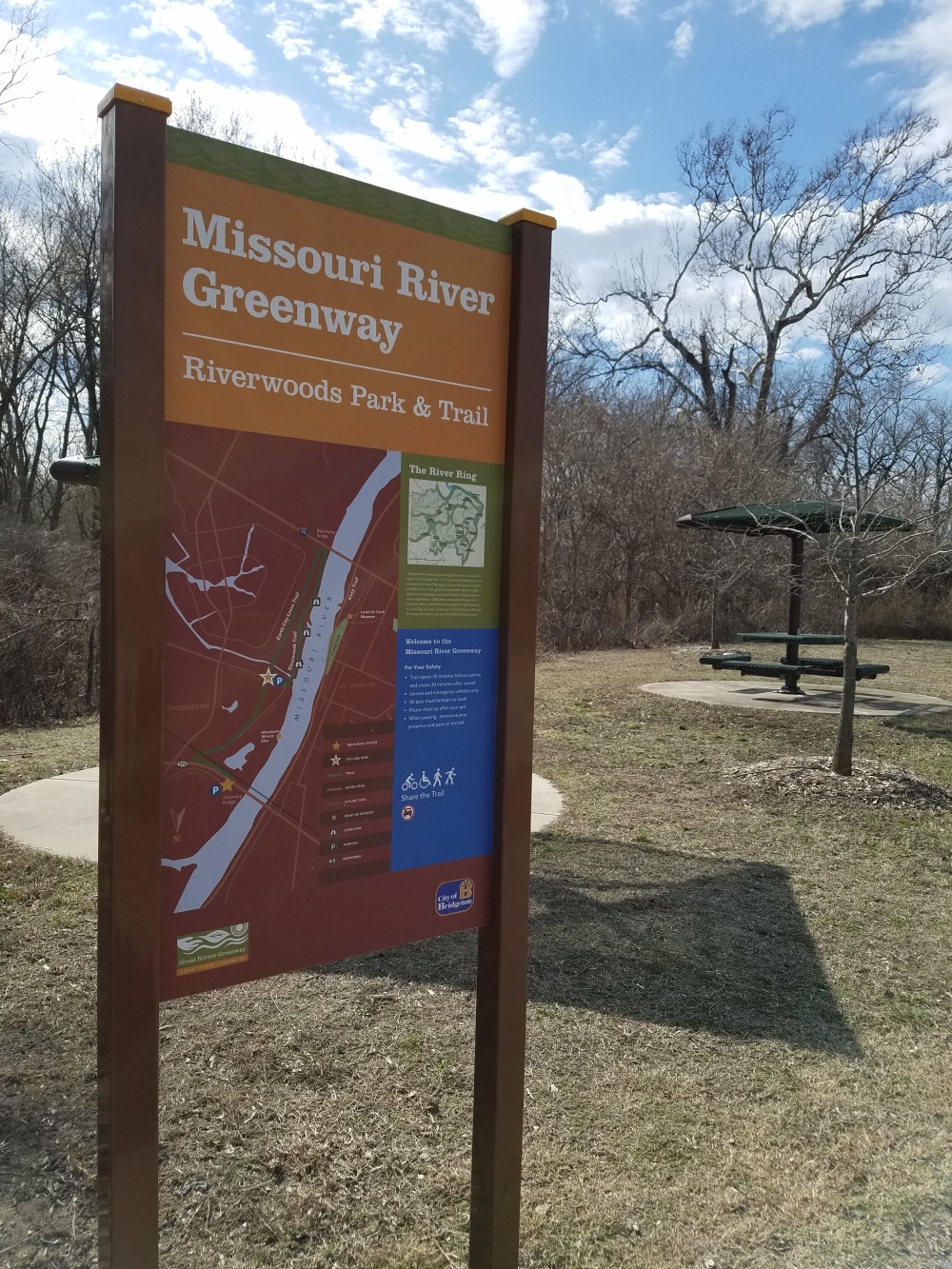 We started by talking the Riverwoods trail after parking our car in the lot. That means you head west and after a short while continue south to walk along the Missouri River. 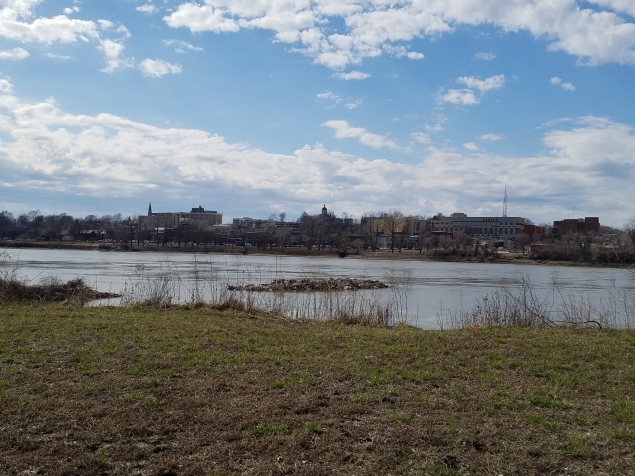 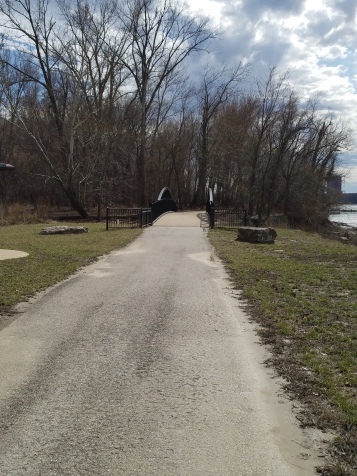 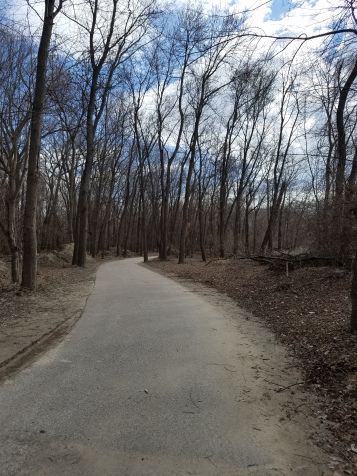 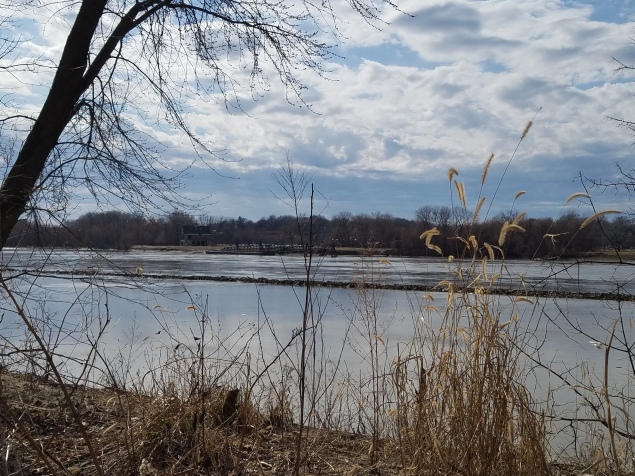 At one point we reached a fork in the trail and figured that maybe this was wear the Levee trail met up, even though it seemed to early for that and we weren’t along the levee yet. 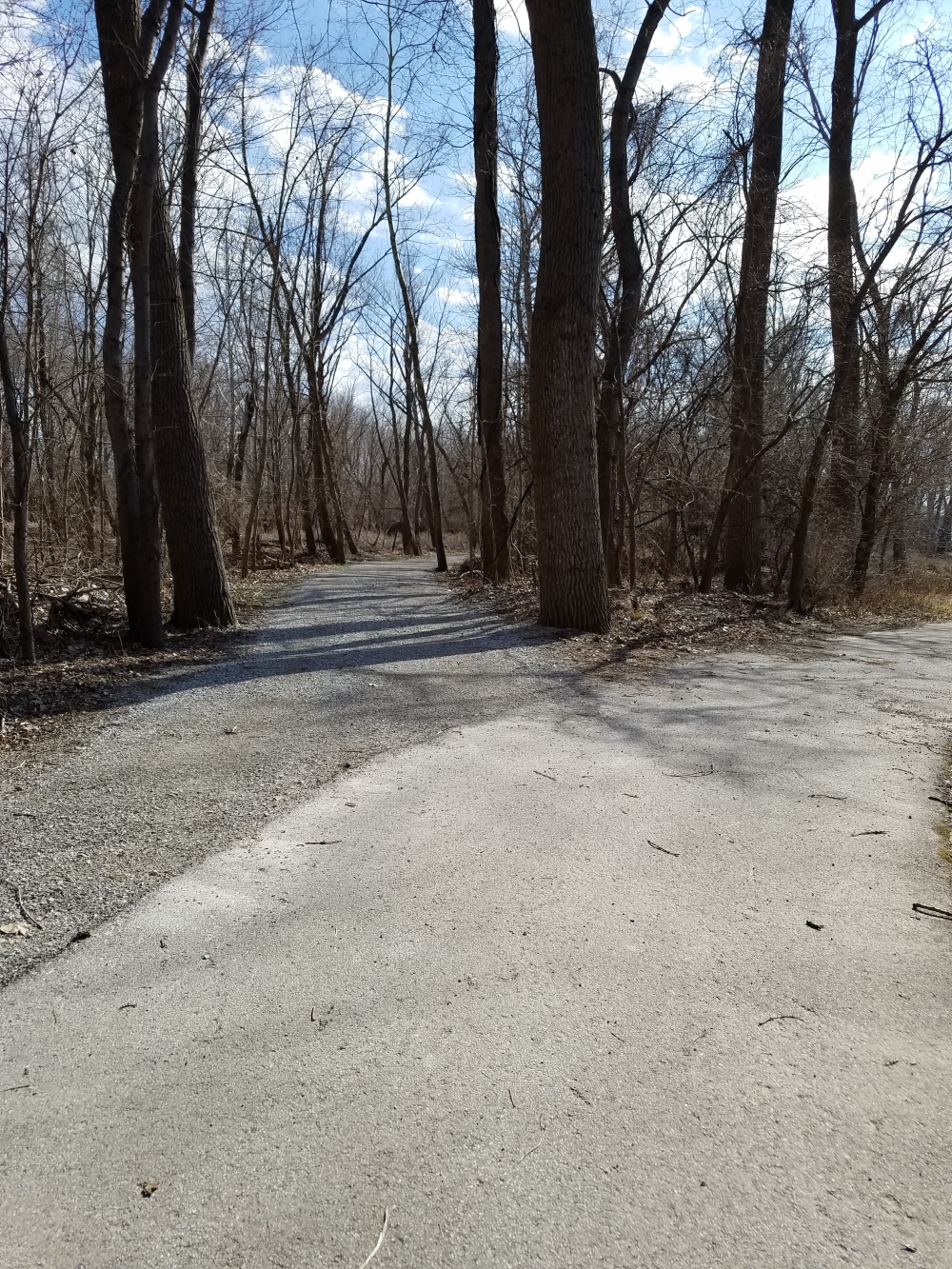 It turns out this was in fact not the merging of trails, but rather a detour to get us around an area of the path that had eroded. 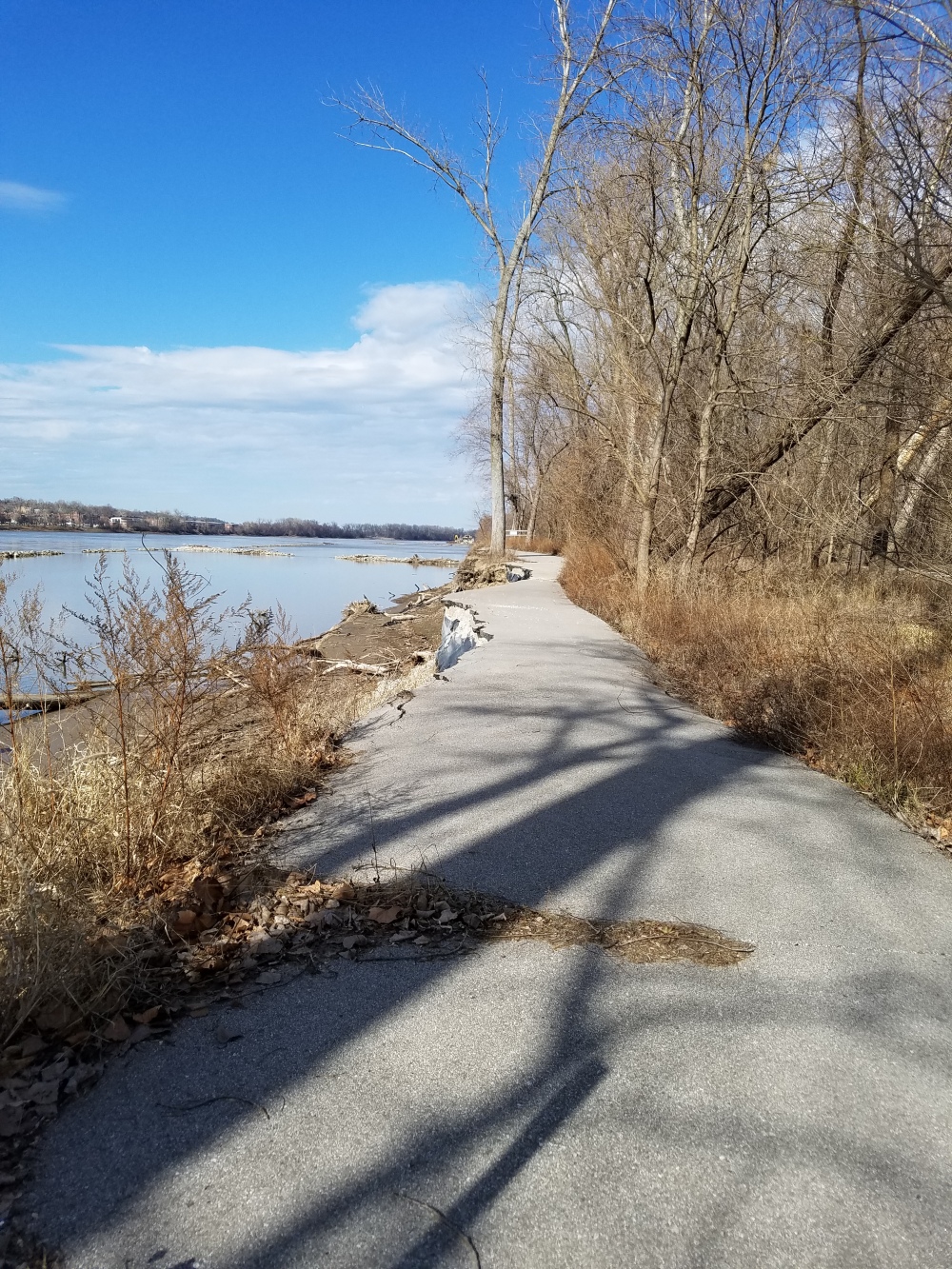 The trail met back up with the paved area and we continued on the Riverwoods Trail for a bit longer and had a nice view of the casino along the way. Shortly after that we merged into the Levee Trail. 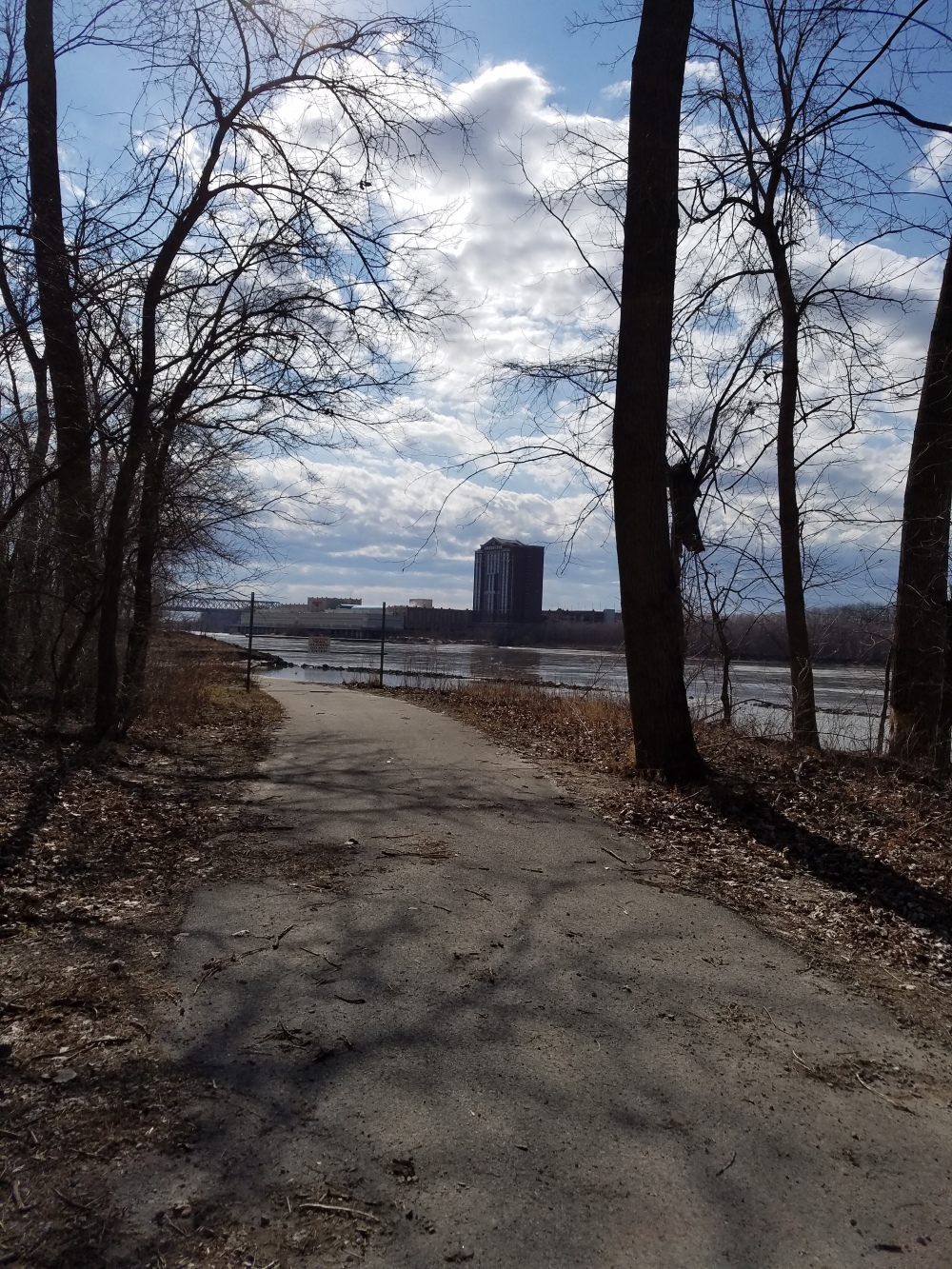 The Levee Trail turned you back towards the north with the woods to your left and the levee to your right. It wasn’t too exciting after the beautiful views of the river on the other trail. 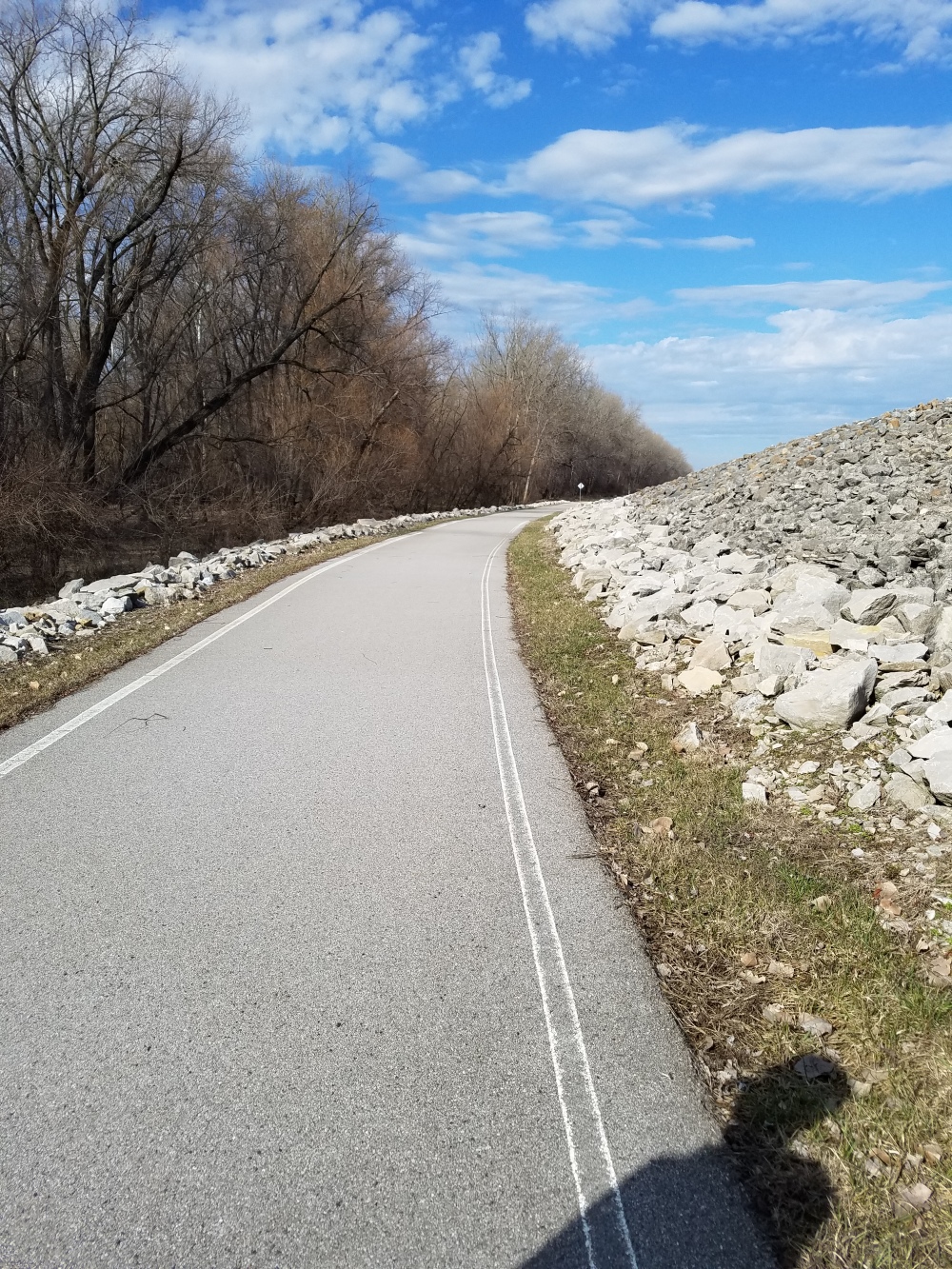 Here’s a final picture of the trail guide for the Earth City Levee Trail. The Levee Trail actually continues to head northward if you’d like to extend your walk, but seeing as how we parked in the lot that looped these two trails together we decided to head back home. 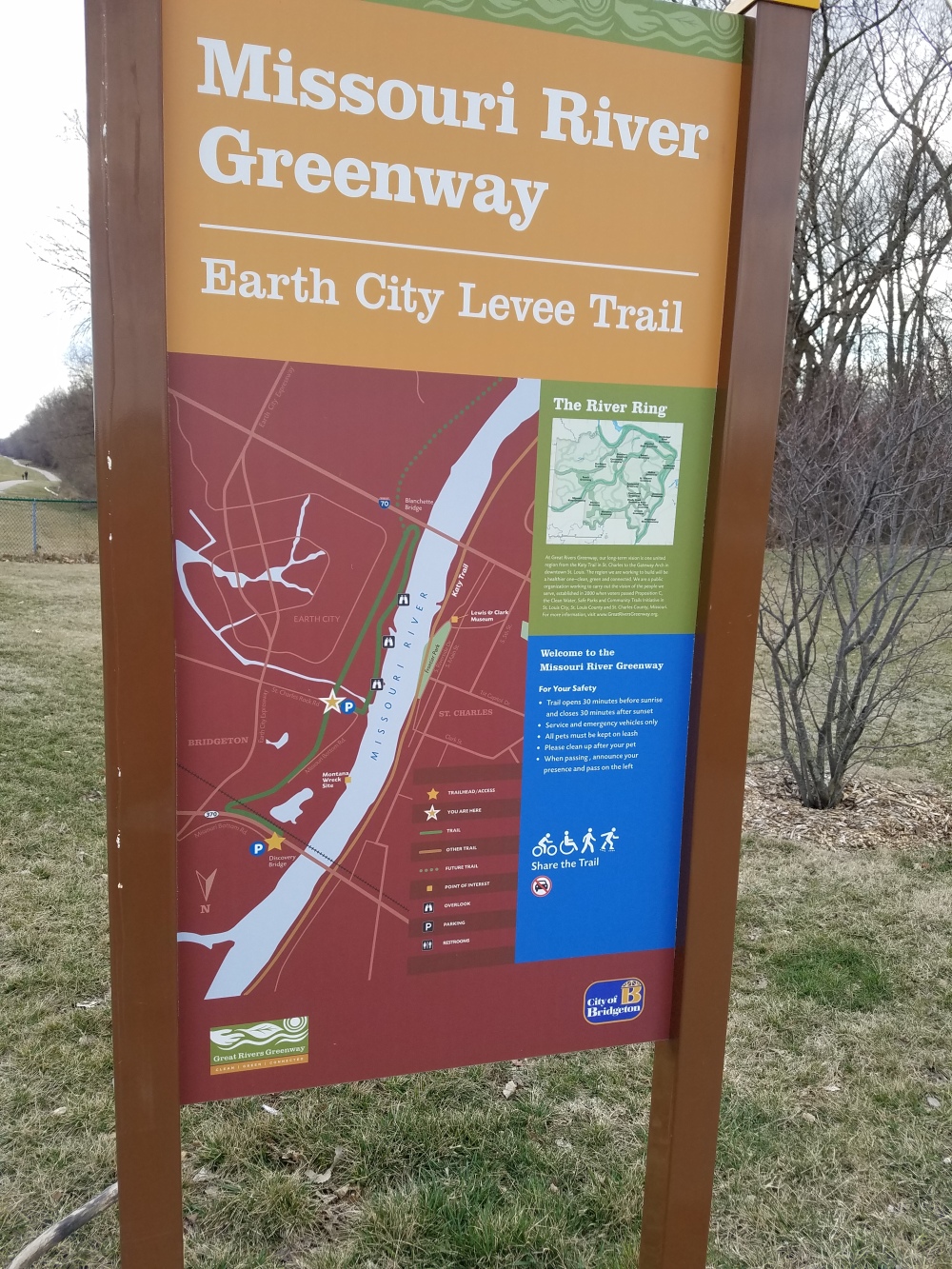 This was a nice area to walk for a change of pace from our usual Creve Coeur Lake Trails and was a bit more peaceful as clearly not as many people are aware of this area. However, it does make for a much shorter walk than the trails by the lake.