Sorry I’ve been absent for a few weeks! Three weeks ago I got called in to begin my long term sub job for first grade. It was a week earlier than we figured I would start so I kind of fell of the face of the blog earth!

We visited Old Chicago in Coralville for the first time in June and then again around our anniversary in July. Old Chicago is a franchise that specializes in…you guessed it…Deep Dish Chicago Pizza.

I’m a pretty boring pizza eater, so went for my standard cheese pizza. I love that they have personal pans, but when you get the Chicago thick crust there’s still usually some left for another meal during the week!

The first time we went, Andrew ordered a grilled cheese sandwich that included Mac and Cheese on it. I currently can’t find that on the online menu, so I’m unsure of what the actual name was. He liked it, but after trying a bite of my pizza opted to get his own personal pan when we went back in July. 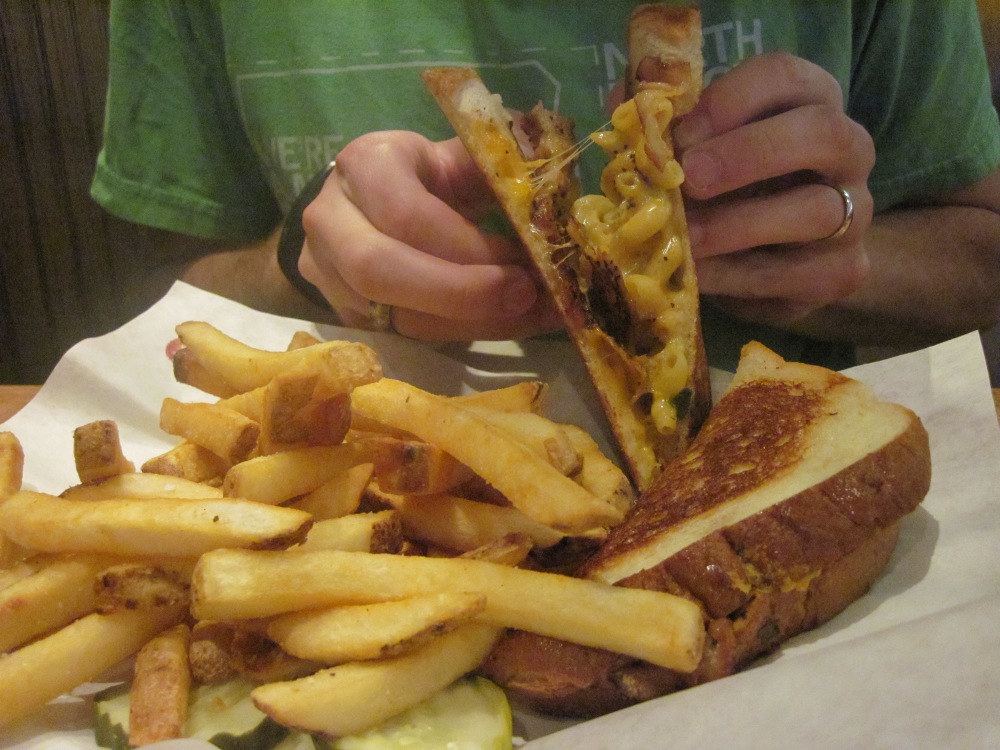 We really liked our food at Old Chicago, as shown by the fact that we chose it as one of the restaurants to return to when celebrating our anniversary. I like knowing there are other locations around the U.S. and would gladly eat there again if I was visiting an area that had one.