Before going to the Blue Bunny Ice Cream Parlor we checked into our hotel. The check in process was simple and we seemed to be some of the only people in the hotel. The pool area is just off the lobby and has big windows that you can see into it. The breakfast area was also near the lobby area. It had nice seating space in the actual room where the buffet was and also had more in the lobby area. This was nice because plenty of times I’ve gone to hotels that don’t have nearly enough seating come breakfast time.

Our room was on the first floor. When you walked in the bathroom sink was off to the right. The room that held the bathtub/shower and toilet was to the left. I personally like having the shower in a separate area from the sink because it’s easy to have more than one person getting ready at the same time.

The bed and living space of the room were straight ahead. We had a nice big bed. The TV stand which also held the mini fridge and microwave was right in front of the bed. A desk was beyond that, which held a single cup coffee maker, and there was also another arm chair across from the bed.

After going out on our dessert adventure we came back to the hotel to go for a swim in the beautiful pool area. The pool was nice and large but was quite cold. We opted for the hot tub instead. There are plenty of chairs and tables around the pool area. Some of the rooms even have balconies that overlook the pool area. I thought the whole pool area was done up quite nicely. We also enjoyed that fact that the pool opened at 8 in the morning. It’s a rare thing to see a hotel pool open that early and would be nice if you were just looking for a getaway where you were spending most time at the hotel. 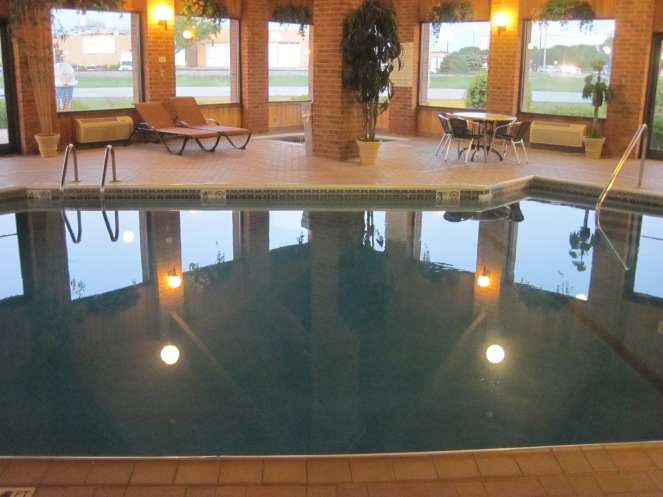 After taking a dip in the pool we also explored the exercise room. It’s located on the 2nd floor and overlooks the pool area.

The vending area on our floor had an ice machine, washer and dryer, snack machine, and soda machine. 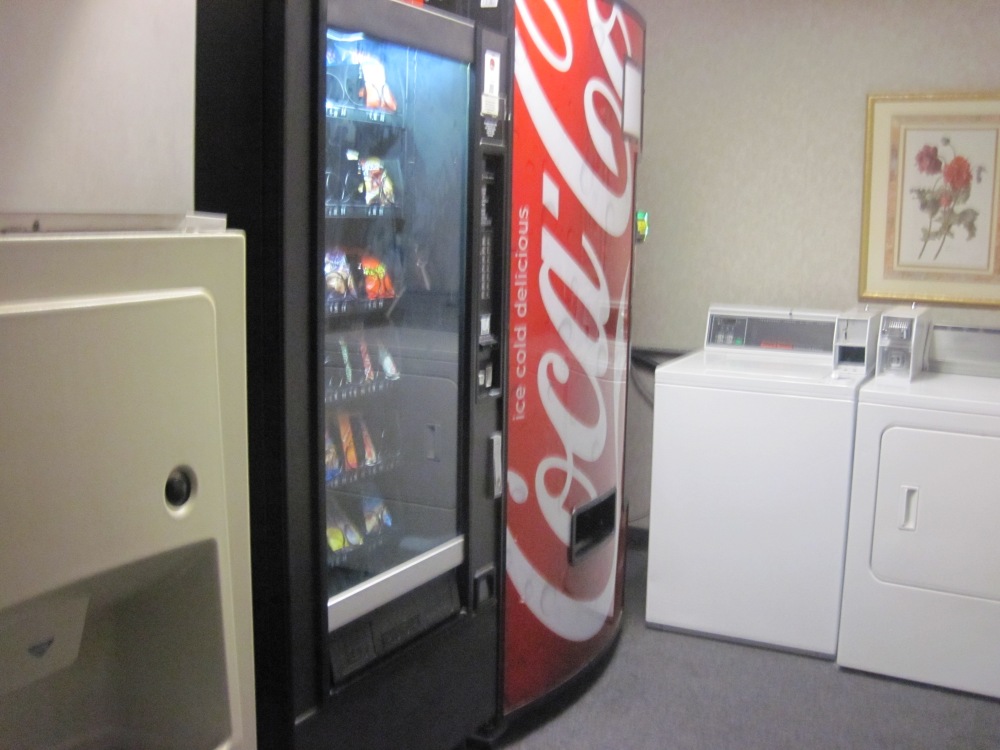 Breakfast the next morning was a typical selection for hotel breakfast. Check out went just as smoothly as check in. If I ever had to stay in Le Mars again, I would definitely return here.